How D&D helps us communicate better with clients 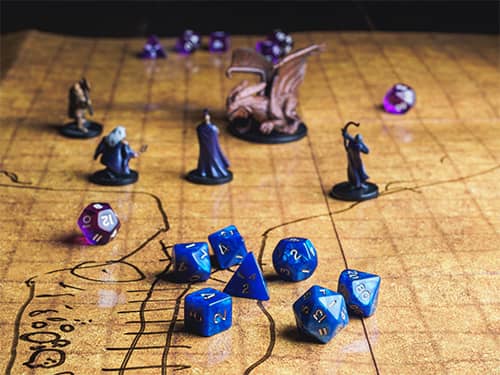 Several of us at Werkbot have played or still play Dungeons & Dragons. Yes. The fantasy role playing game that you may have seen your older siblings play as a child. That’s the one.

In the lure and the world of Faerun, there are many races including: elves, gnomes, dwarves, half-elves, half-orc, halflings, humans, dragonborn, etc. Each of these races speak different languages, and some much more complex and hard to understand.

Being in the Marketing world and focused on web and digital, we have been known to speak “Tech” or “Geek.” Many of the terms, and acronyms we use on a daily basis are out of the ordinary for our clients who are largely in manufacturing, healthcare, or finance--who also have languages of their own. So although we do enjoy speaking internally like we are Geeks and the Web nerds we are, we turn to common language when speaking with clients.

Most problems can be solved with clear communication

In D&D using “common,” you are able to communicate many scenarios between the different races of characters. At Werkbot, we use this type of language to translate the increticies of development, and code base, or project management to that of a person unfamiliar with that world.

That means when one part of your site suddenly has gremlins one morning, we might say internally:  “The API to third party application changed. Needs a ticket to update.” But in hopes of calming you enough so you don’t spill your coffee, we would say “There was an issue with the API - it seems your shipping software partner updated their code, and we just need to plug back in. We expect that our developers will have that updated in the next 2-3 hours, as long as they can connect with your partner.”

Or, when emails from the forms on your site seem not to be working, we might say internally “Baraccuda is blocking it.” But to you, we’ll say, “Let’s set up an alternative email to make sure you are receiving these form submissions while we look into the issue. Also, fixing it might require one of us working with your Internet Service Provider to make sure these emails can be unblocked.”

We all have differences in the way we communicate. Healthcare professionals use terms that are only for them. Manufacturers use acronyms that have one meaning to them, but another similar acronym may have another meaning to a bank. As translators to the Tech or Geek world, we’re here to help you navigate those languages, translating them to common and helping you do something about issues that arise.

It’s been a while since we have played D&D in person, but the basics of clear communication tend to help us in a daily manner.  If you have any questions about how we can help you, or possible questions about what D&D classes we play or our favorite campaigns, get in touch.